From 2009 Jakob Runge has been fired by letters and type systems. After studying communication design at the University of applied sciences in Würzburg (BA) and then at Muthesius Academy of Fine Arts and Design in Kiel (MA), his master’s project was published as FF Franziska in 2014, and became a successful textface at FontFont.

A new dad, he works near Munich as an independent type and brand designer who specialises in developing typefaces and custom lettering for corporate and editorial design.

Alongside working in the design industry, Jakob is active in typographic education. Along with running numerous workshops at universities in Germany, Switzerland and Austria, he has been a lecturer for typography and type design at FH Münster from 2011.

For him, type design is more than the foundation of precise and coherent communication: it’s a passion. 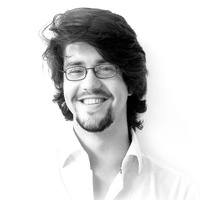