Jean-Benoît Lévy is a visual communicator who has been active since 1983 in Switzerland. After his studies at the Basel School of Design with teachers such as Wolfgang Weingart and Armin Hofmann, he opened his studio AND in 1987. Jean-Benoit received his green card in 2001 and is now sharing his time between United States and Europe.

Since 1991 Jean-Benoît has taught regularly and gave lectures about his work in various schools in Europe, Japan and United States.

From logos to corporate Identities, from postage stamp to coin design, from street posters to book design, from private projects or for clients assignments, his professional experience is wide. His work has been awarded in international competitions and published in various books and magazines. Jean-Benoît has been a member of AGI (Alliance Graphique Internationale) since 1998. 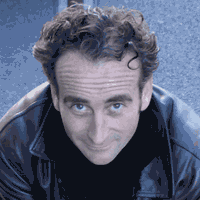