Jefferson Lomax has had a passion for art since he could hold a crayon and has turned that interest into a career in the graphic design field.

His attention was grabbed by typography at the age of 9 when his fourth grade teacher started to teach calligraphy and he asked for a pen set for his birthday not too long thereafter.

His influences are wide and varying. Ranging from Rudolf Koch, surf and snowboard designs, calligraphy of all sorts, his son’s scribbling, forms in nature and also those created by man. 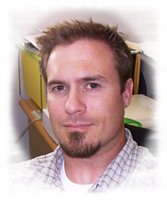