John Collins first encountered the world of typography around 1970 when Mike Parker and Matthew Carter reviewed his dot-matrix font for an editing terminal that he had developed for Mergenthaler.

John joined Bitstream in 1986; there he developed several pieces of font technology, including Fontware, Speedo, 4-in-1, TrueDoc, and the world’s smallest stroke-based fonts for the Chinese, Japanese, and Korean languages. These developments resulted in five U.S. patents being awarded.

Bitstream launched the MyFonts web site around 2000 with John as its team leader, a position he held until 2012, when MyFonts was acquired by Monotype. He stayed at MyFonts as Vice President, then was in charge of Foundry Relations for Monotype for a couple of years before leaving in January 2018. 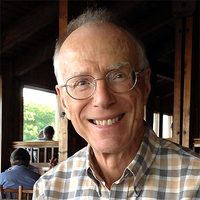