Paulo W is a gaúcho (Brazilian southerner), with interests in multiple areas, including poetry (he has published a digital book — Magical Book — on the Internet), bonsais, dive and graphic design.

In the early 1990s he became one of the first artists to produce and expose works generated on digital techniques. Such contact with computers led him to decide that his life would be devoted to graphic design.

His artistic production is smaller now (his current pictorial works do not have the same fervor as before, being considered by him more technical ones) and followed career as a graphic designer, successful in the profession until discovering typography, a real turning point in his life. 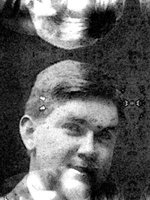