Rubén Fontana, born in Buenos Aires, has directed his own company, FontanaDiseño, for 40 years.

Fontana was the head of the departments of Typography I, II and III at the University of Buenos Aires up until 1997, and recently incorporated the teaching of Type Design at the School of Graphic Design of this university. He has lectured at graduate and master programs at universities in Argentina, Brazil, Canada, Colombia, Cuba, Chile, Mexico, Paraguay, Peru, Uruguay, Spain and the Netherlands. His graphic design work is part of the collection of the Museum of Modern Art in New York City, among others. From 1987 to 2006 he directed the international event Bienal Letras Latinas, and for a 20-year period he was the publisher of the magazine tipoGráfica. 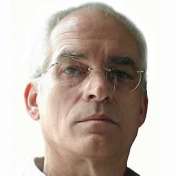