Adobe Systems, based in San Jose, California, was started by John Warnock and Chuck Geschke in 1982. In 1999 it became a billion dollar company. Adobe has long offered many applications for handling images and text, as well as a fine type library.

The company’s rise comes from the success of the PostScript graphics programming language, a printing industry standard since the mid-1980s. Adobe Illustrator and Photoshop software have been mainstays of graphic design for many years. The PDF format for document interchange is also a standard. The year 1990 saw the introduction of Adobe Type Manager (ATM), which rendered fonts on-screen.

In 1994 Adobe extended its interests into desktop publishing with the acquisition of Paul Brainerd’s Aldus Corporation for its PageMaker software; its advanced replacement, InDesign, now looks set to eclipse Quark Xpress as the DTP software of choice.

Adobe lost little time in applying knowledge of text and graphics to the web, and offers a range of web imaging tools including PageMill and ImageReady.

From the very early days, Adobe has taken typography very seriously. Sumner Stone, their Director of Typography from 1984 to 1991, chose the initial set of fonts, the first in the format known as Type 1, from the established Linotype and ITC libraries. He also initiated Adobe’s design program, where classic fonts (including Garamond and Caslon) were revived by the skilled hands of Robert Slimbach, Carol Twombly, and others. Brand new designs such as Minion also appeared. The Adobe type design group, now under David Lemon and with earlier assistance from Thomas Phinney, continues to release original type designs.

As well as the standard Type 1 format, Adobe is also responsible for the PostScript Type 3 format. (In theory this gives programmers much more access to the power of PostScript, but one cannot preview the fonts on screen since it is not supported by ATM, so it has not seen wide adoption.) Much more exciting to most designers is the Multiple Master format, which allows an infinite number of fonts to be interpolated (or “morphed”) between a set of master designs. The masters are typically the light and the heavy, or the narrow and wide styles.

Since 1997 Adobe has been working with Microsoft on the OpenType font format. Given conformant applications (of which Adobe InDesign and PhotoShop are the most important current examples), this allows clever substitution of appropriate characters, such as ligatures and smallcaps. OpenType is also very strong in multilingual typography, enabling the computerization of some languages for the first time, and removing old compromises from typesetting languages such as Arabic.

Attendees at ATypI 1999 in Boston were shocked to learn that development of Multiple Master fonts has ceased at Adobe.

In 2007, OpenType fonts of the Adobe Type Library became available for purchase and immediate download from MyFonts.

Adobe Systems, based in San Jose, California, was started by John Warnock and Chuck Geschke in 1982. In 1999 it became a billion dollar company. Adobe has long offered many applications for handling images and text, as well as a fine type library. 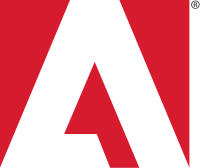 Designers with fonts from Adobe