“I started Okay Type in 2008,” Jackson Cavanaugh says. “Prior to that, I was working as a graphic designer. It was a great job with dream clients and diverse projects, but I gradually found myself only really interested in letterform-related assignments.” With that, the Chicago-based designer began to teach himself to draw letters and ultimately, began his type design career.

“I try to make typefaces that can stand up to real-world use,” he says. “Things I would have wanted to use when I was a graphic designer.” It was this insight into the field that allowed the founder of Okay Type to create fonts that are clearly much more than “ok” from the very beginning. His debut font, Alright Sans, was named one of MyFonts Top 10 Fonts of 2009 and was named one of the best typefaces of 2011 by Communication Arts.

In an interview with Chicago Magazine, Jackson noted that in order to make a good font, “You have to make the interesting letters work with the boring letters.” And this tactic has worked well for him so far. His sophomore font, Harriet, received honors in 2012 from Typographica and was named a Type Director’s Club Typeface Design Winner. It’s accolades continued on in 2013 as it was named a Communication Arts Typeface Design Winner.

With only two typefaces available on MyFonts, Jackson Cavanaugh is out to prove that it really is more about quality than quantity. “I’d rather spend six years making two well-drawn very usable workhorse typefaces than spew out dozens of half-baked, under-developed ideas just to see what sticks,” he says. “If it’s not worth my time to obsess over every little detail, how could I expect a customer to pay for my fonts, much less use them for projects.” 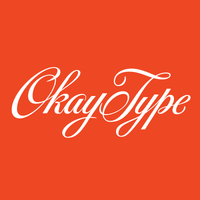