This is a listing of all 744 glyphs contained in the font, including OpenType variants that may only be accessible via OpenType-aware applications. 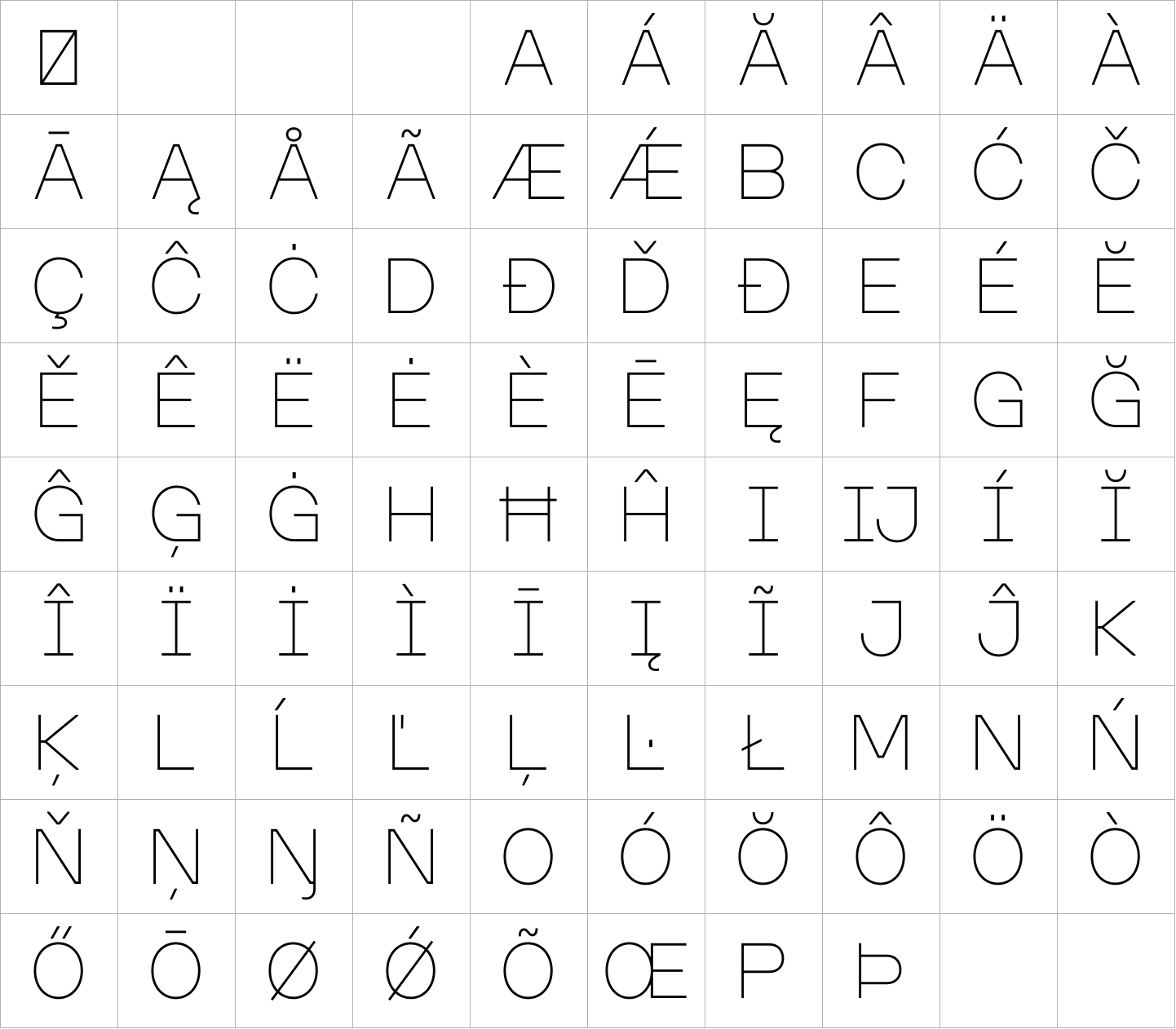 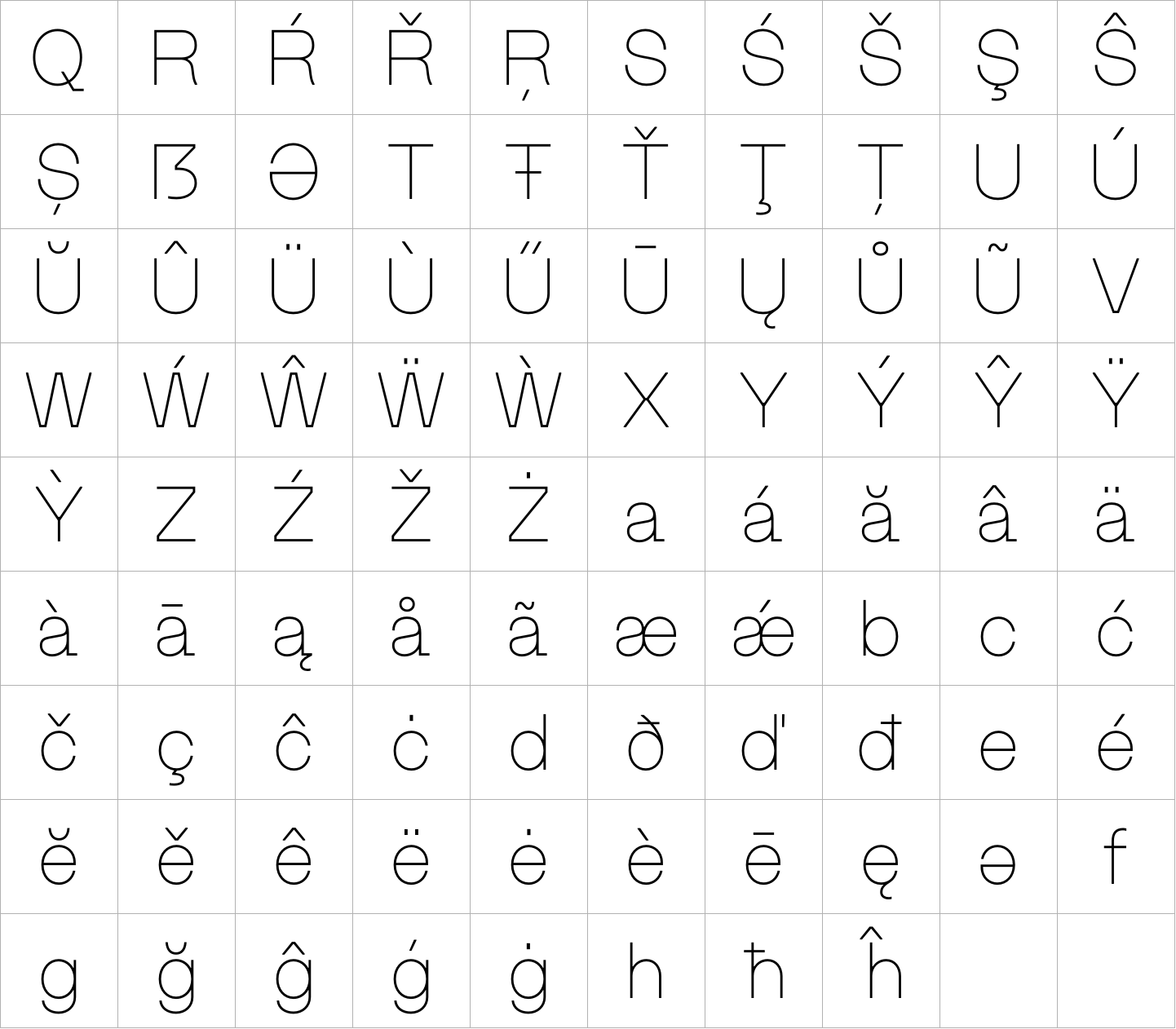 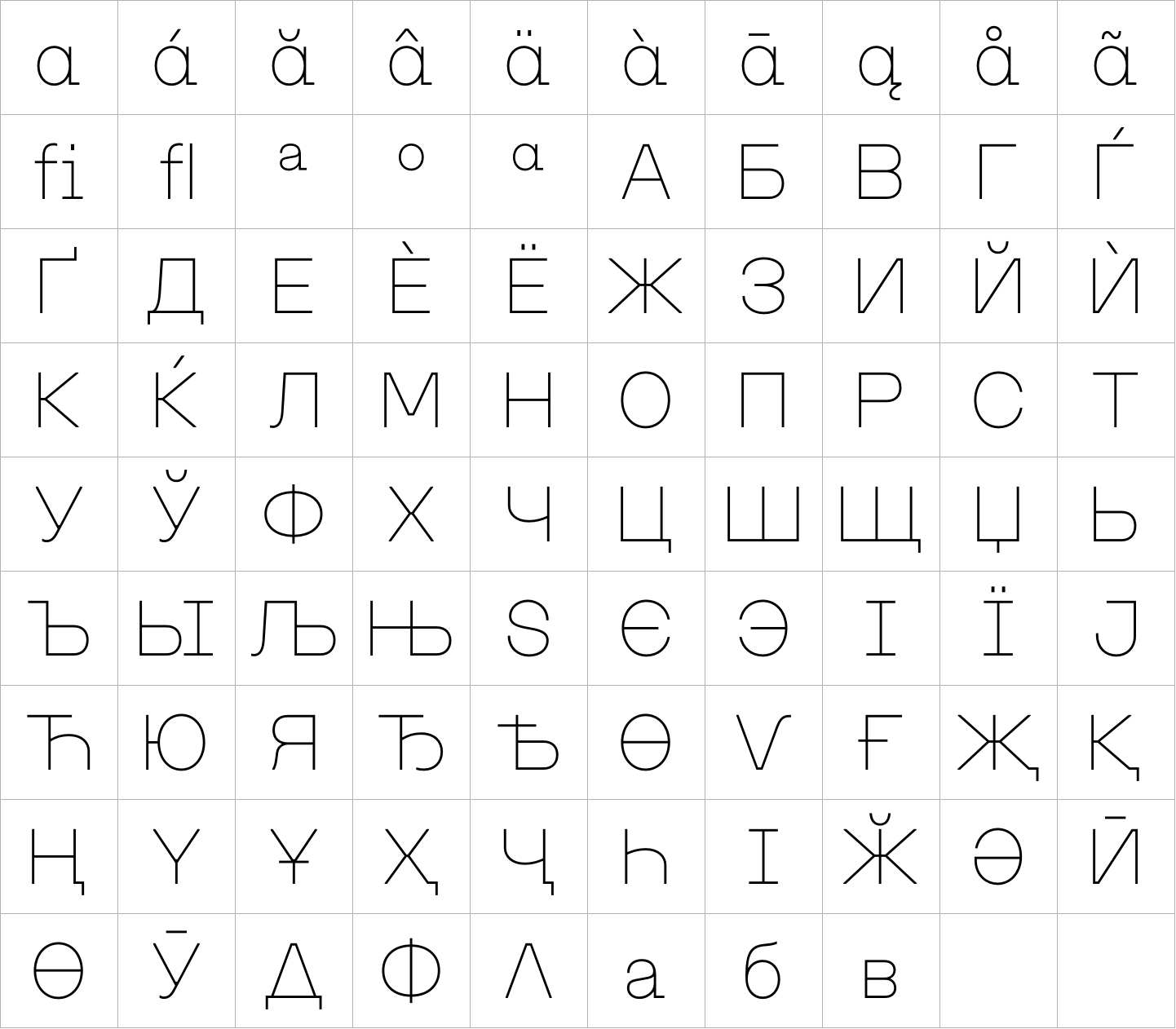 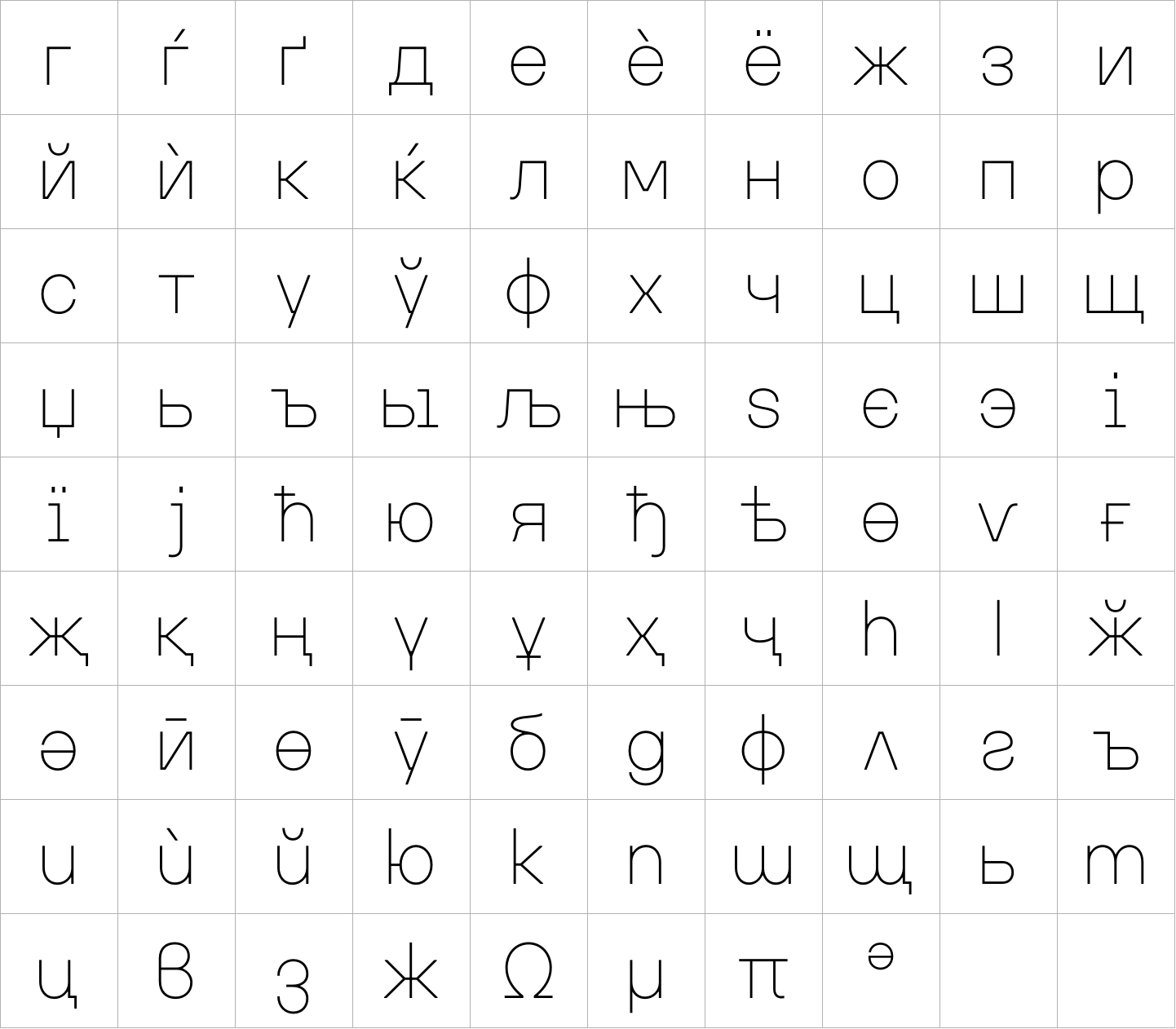 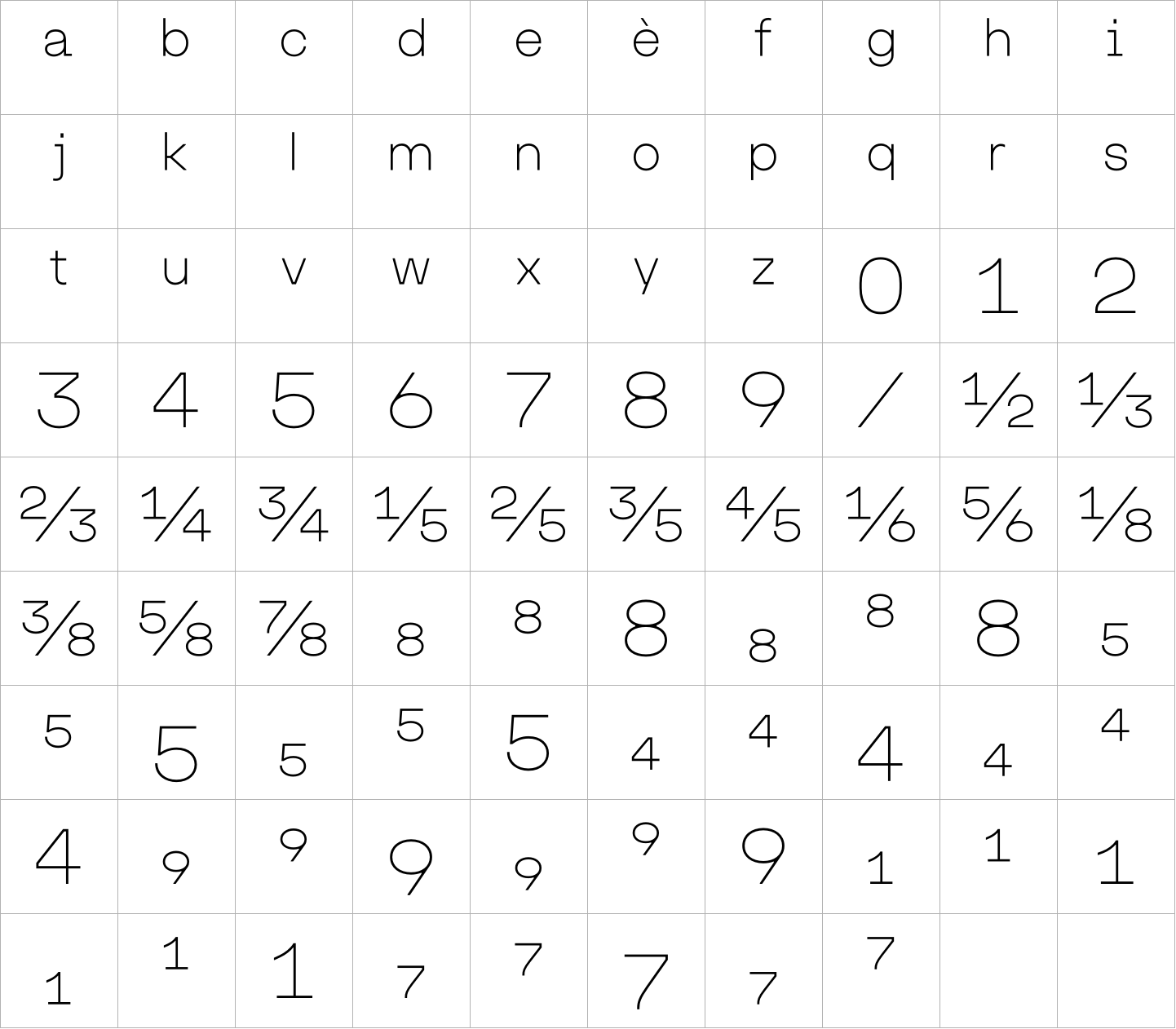 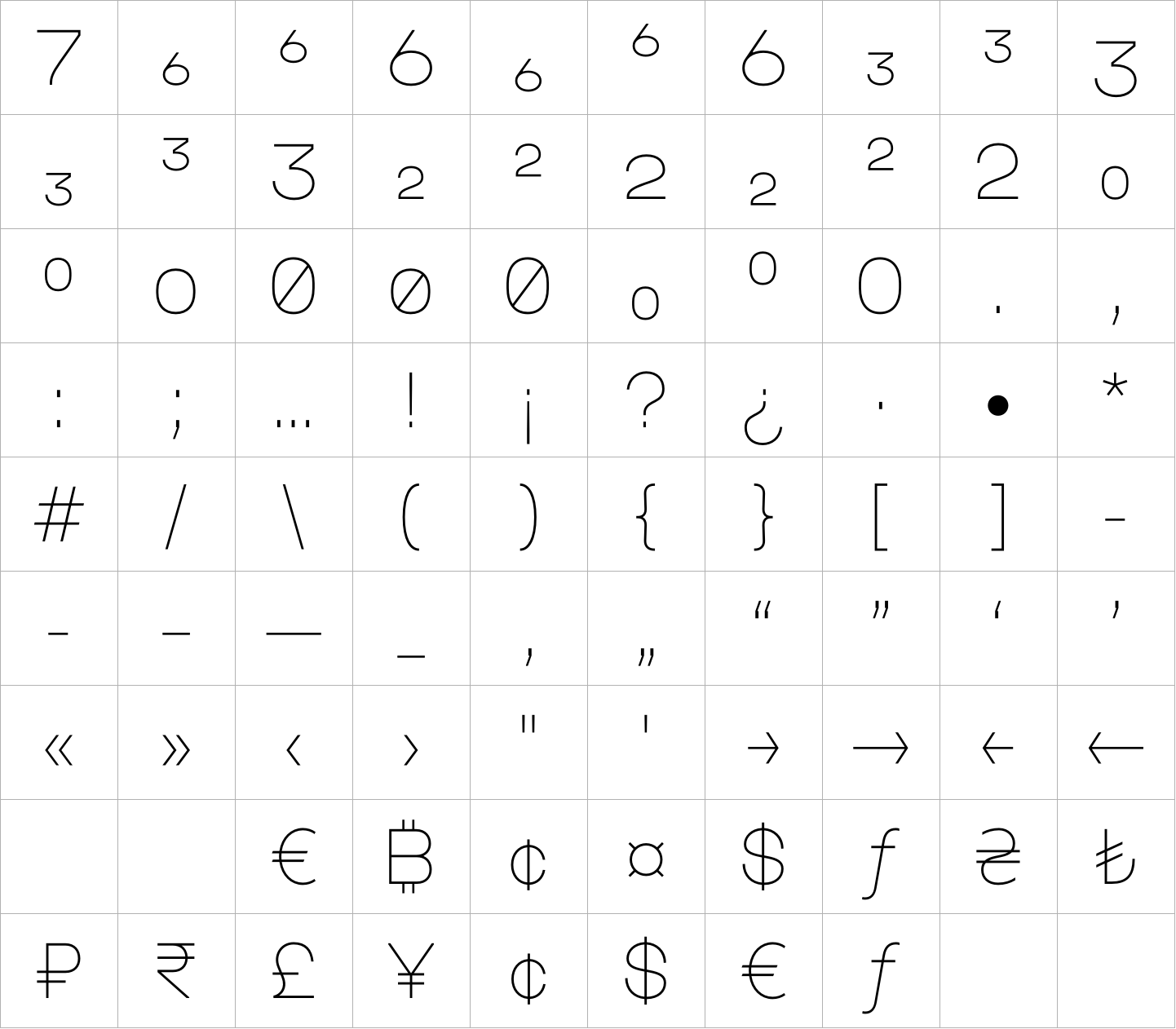 A dynamic and strong new Grotesk, Lazare Grotesk is a family of 21 styles. The family comprises seven weight, from UltraThin to Black, with not only italic but with backslanted too, which allows to make fun and cool layout. In the black weight the font is particularly contrasted.

Lazare Grotesk supports Latin and Cyrillic, all these languages are covered: