British (though American-based) printing historian and industry manager. He was a prominent figure in the development of the type industry from hot metal, through the photocomposition era, to digital – he played a major part in turning type design and technology into a digital medium.

His lasting work was for Mergenthaler Linotype (American Linotype), for whom he managed a program of hundreds of font digitizations as Director of Typography, and for Bitstream, the first font company based purely on digital technology, which he set up with Matthew Carter in 1981.

Since leaving Bitstream he was involved in a number of electronic publishing ventures, notably systems to enhance typographic quality of texts without handing over too much control to authors.

He is father of Harry Parker. 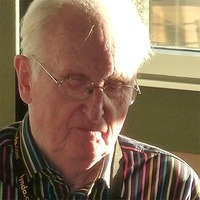