This is a listing of all 621 glyphs contained in the font, including OpenType variants that may only be accessible via OpenType-aware applications. 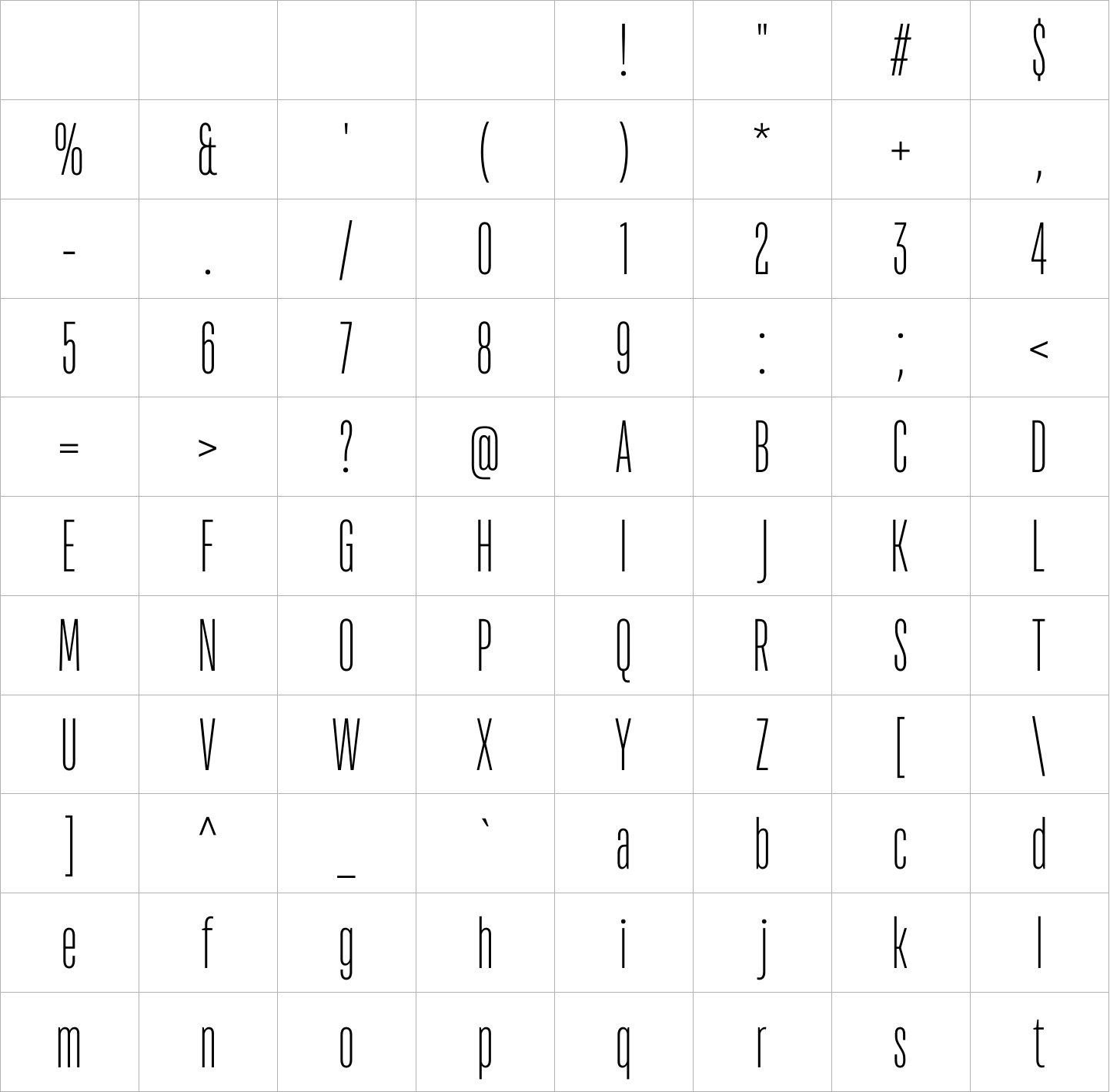 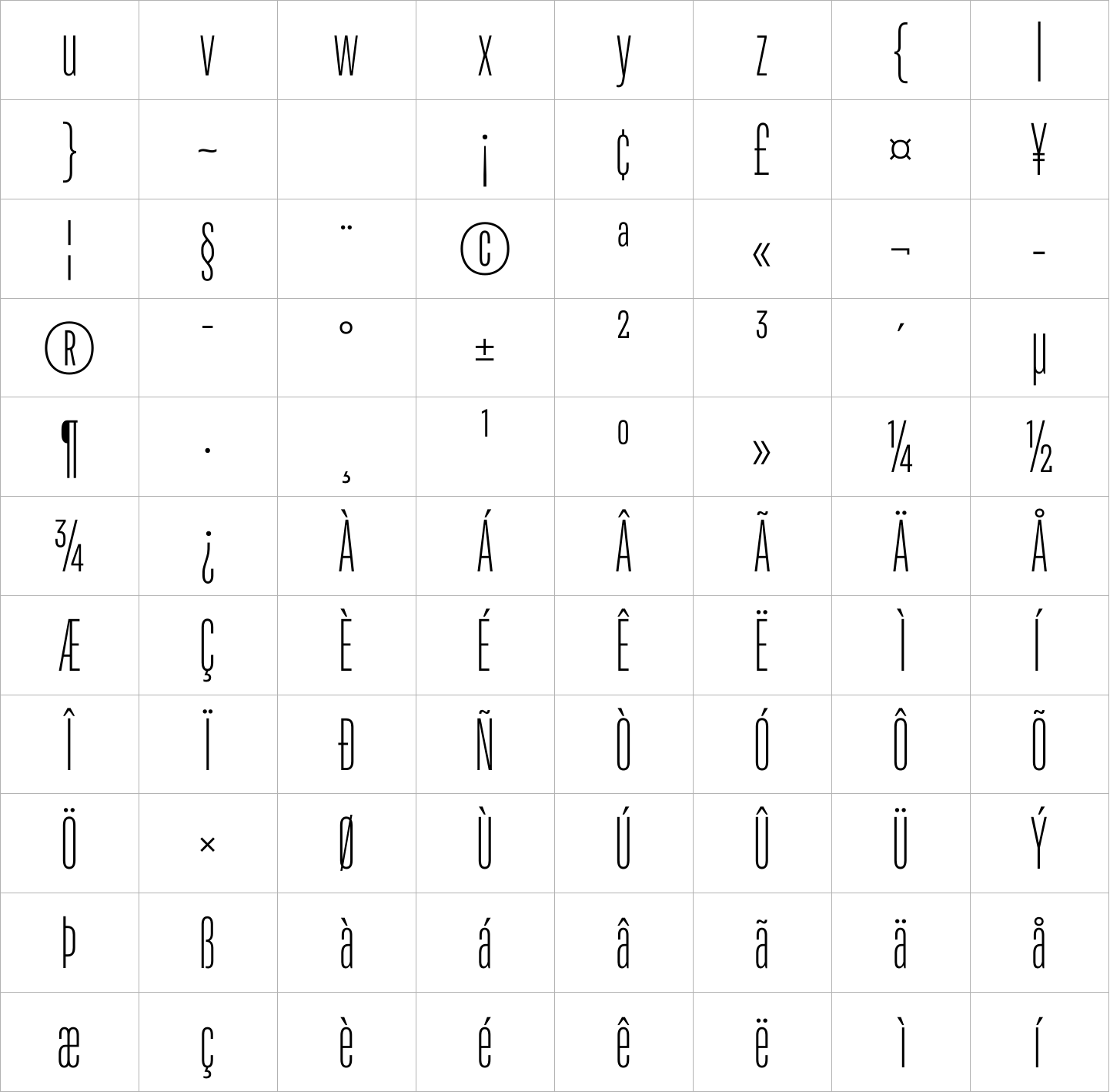 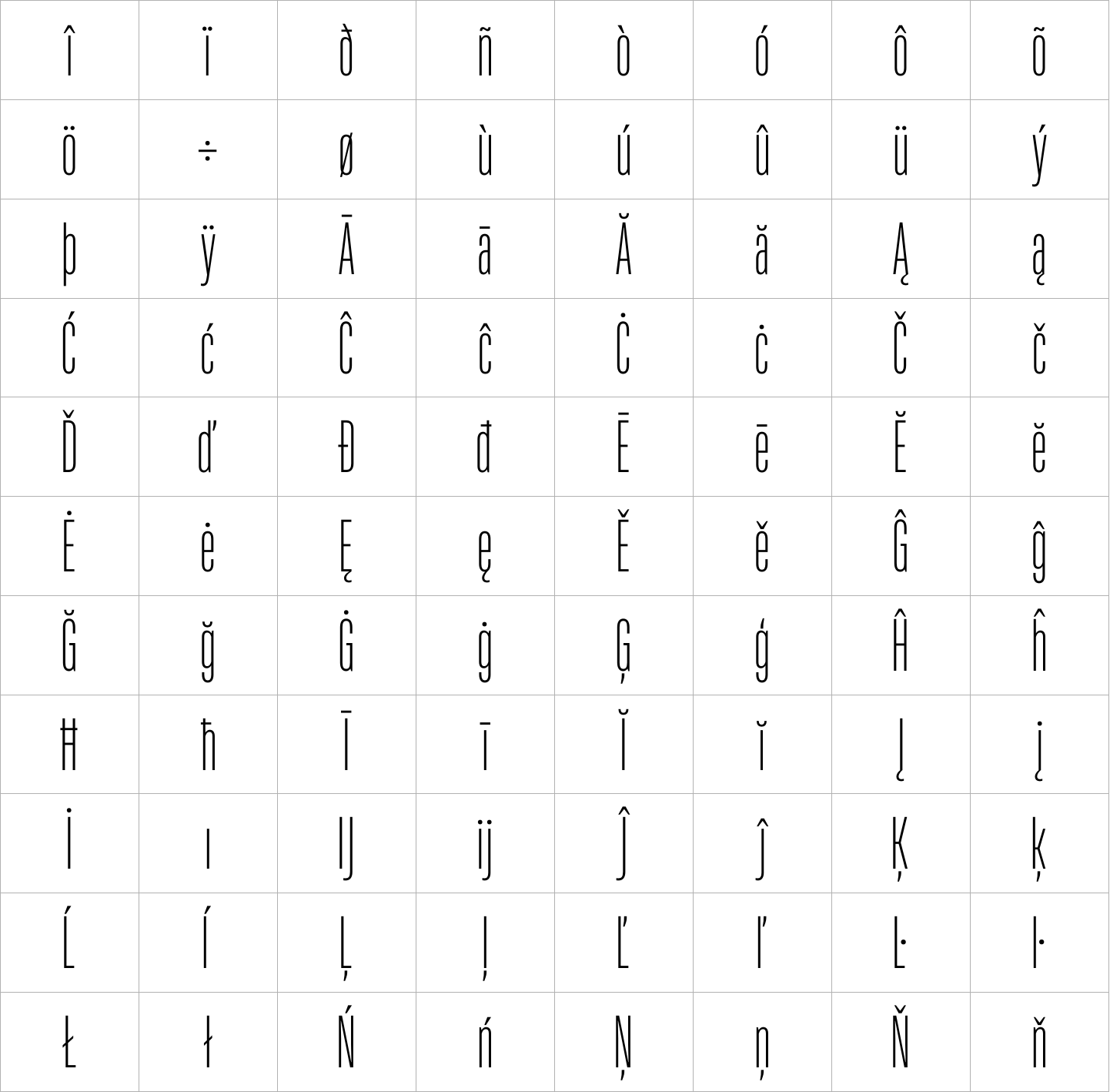 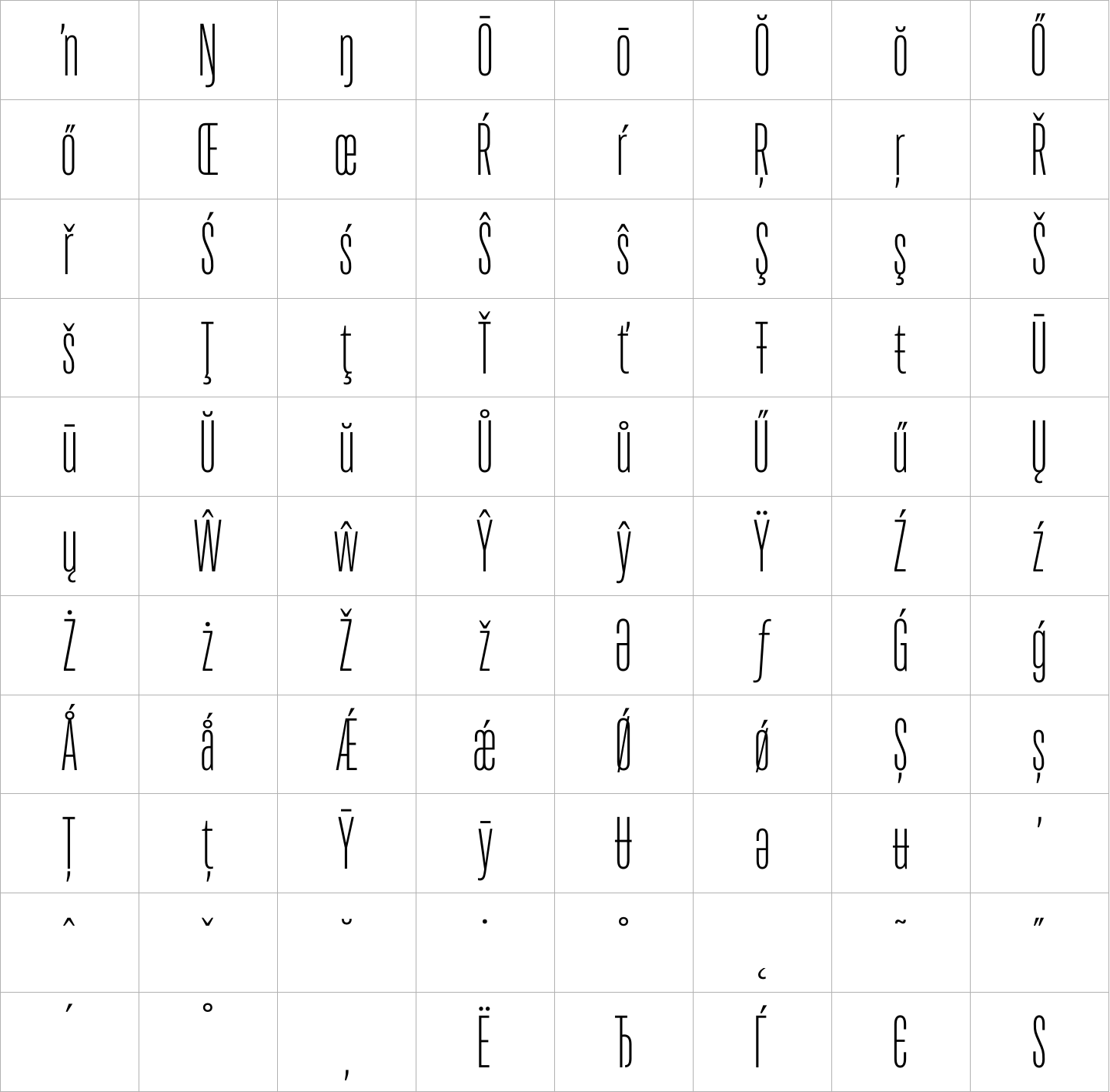 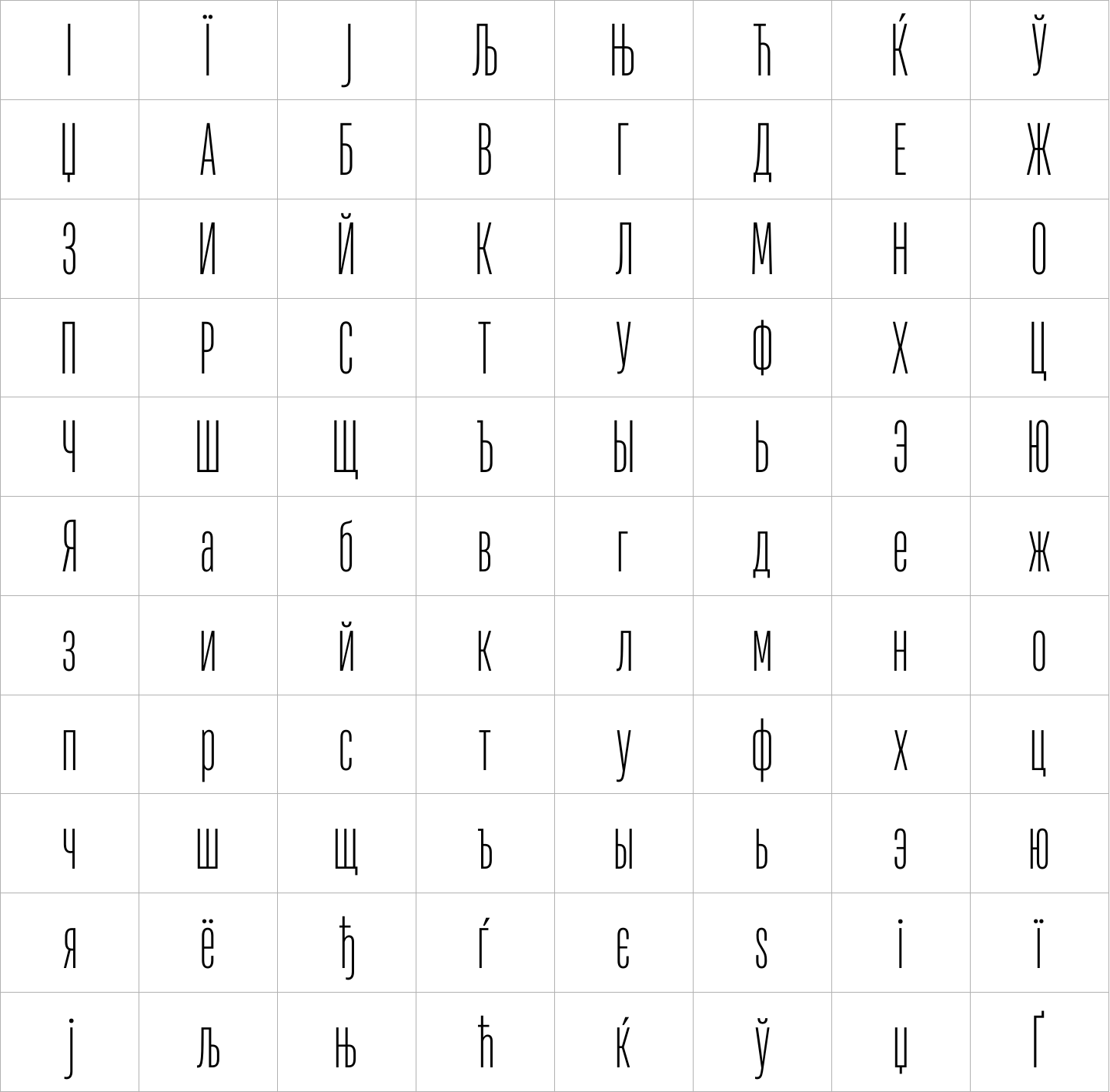 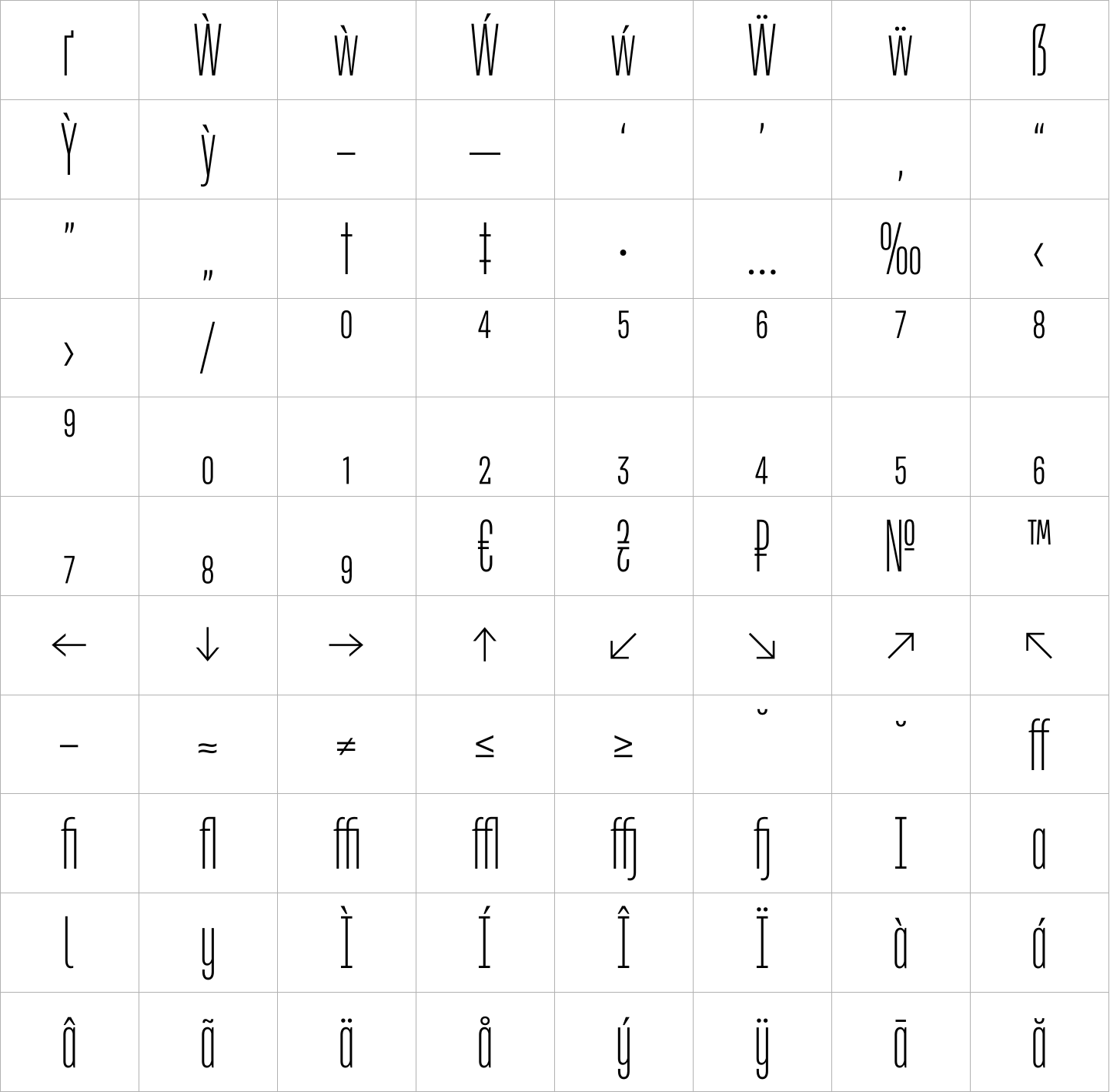 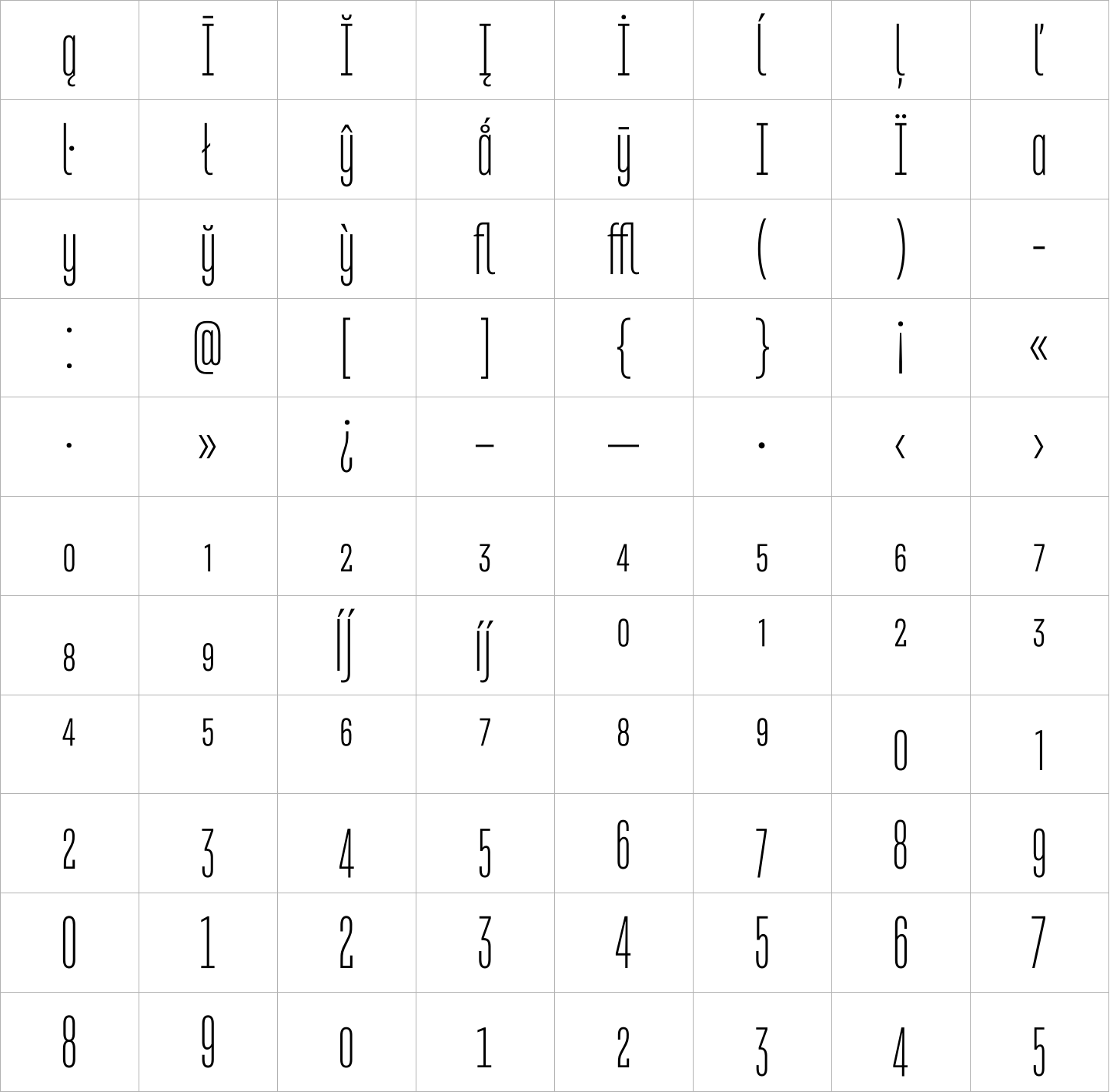 Please note! If you need OTF versions of the fonts, just email us at commercial@typetype.org

About TT Bluescreens: We are glad to present to you a completely updated TT Bluescreens 2.0 font family. TT Bluescreens is a narrow neutral geometric grotesk designed for posters and headlines. In contrast to the TT Trailers that has a prominent character, our updated TT Bluescreens has a calm nature with a neutral design of letters. The typeface has become more versatile and is now great for working with both headers and test arrays. We did not deviate much from the modular system in which different elements were identical to each other, but at the same time, we tried to improve the readability of some letters by adding a small contrast between the strokes. In parallel with this, we slightly changed the proportions of the typeface by adding a bit of width so that in the boldest faces there would be no fuzziness. We changed the stem thickness of the lightest faces this way, light faces look much better than their counterparts from the old version of the typeface. In addition, we remade the interpolation, expanded the number of weights to 9 and drew 9 new Italics with high-quality compensation for all circles and strokes. While the fonts from the old version could boast only 416 characters in each of the faces, in the updated version the character barge of the fonts was increased to 619 characters. To do this, we increased the coverage of languages based on the Latin alphabet, added ligatures and stylistic alternates, as well as many other useful features. In addition, the typeface received completely new hinting, which greatly improved the quality of its display when working on the web.